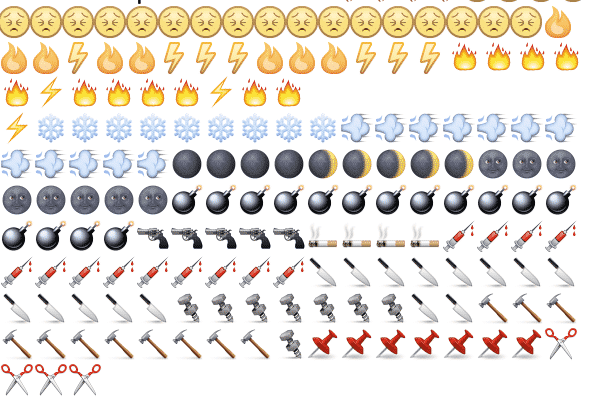 This is a text I received from my 7 year old son one morning upon realizing I wasn’t going to the zoo with his class that day. Note the sadness descending into violent rage.

Clearly, the son of a therapist. As my friends commented, hardly has any difficulty expressing his feelings.

Jokes aside, I couldn’t be prouder. Anger matters. He was sad, disappointed and angry, and he let it be fully known, trusting I would listen. What he didn’t know is what exactly he was angry or sad about. But having a listener who accepted his anger, was all he really needed to find the kernel of his pain.

Clients often come in and tell me they got in a “stupid fight” about “nothing”. While angry and hurt during the fight, with a partner, family member, or co-worker, hours later they are embarrassed over the content of the fight, deeming it as silly, or bratty, or otherwise unworthy of the level of intensity in the fight.

They are so committed to the topic’s unimportant, they are reluctant to report the details of the fight. But I probe anyway, because I know, that somewhere in the re-telling, I will hear the word, or the silence, or the misplaced word emphasis, that points us towards a truth. Buried underneath the complaint about the minutia of daily life, we will find a relevant, meaning-filled piece of pain, that can be healed if it can first just be heard and attended to.

For my son, who sounded a bit bratty making such a huge deal over the fact that neither of his parents could go on a field trip with him, it took a good half hour of him sobbing before I could suss out the real issue. Sure, he was disappointed that neither of us could go on the field trip. Sure, he was angry that he thought one of us was going and only found out that morning that neither of us could make it. It sounded a bit spoiled because we had been on way more of his field trips than most kid’s parents. But I trusted that there must have been something going on, because he isn’t that bratty or spoiled.

I cuddled and petted him (and resisted the urge to cancel all my clients so I could go to the zoo with my sobbing little boy) and gently poked around to see what was up. Eventually he revealed that my ex had to cancel due to a conflict with his new(ish) step sister’s graduation. He was struggling to figure out where he stood in the pecking order, and this isn’t a bratty or spoiled issue.

This is a painful assessment all kids have to sort through in their lives with siblings, step or not, and it requires understanding differences in need versus want, important events versus fun events, and life’s inherent unfairness and disappointments. And all it took was 20 minutes.

Clients are frequently closed to the value of acknowledging and sitting with feelings resulting from circumstances they can not change, imagining that is a version of self-pity. It isnt. Connecting with and naming our hurts and injuries allows us to turn the sadness or anger or suffering that we are already feeling and living with into a grieve-able entity. And grieving is what allows us to let things go.

Once my son and I could talk about his hurt around not being the only child, and his fear that his needs and wants would always be trumped, he stopped crying. 15 minutes later he was skipping off to the bus to get to school for the field trip. Without a parent.

A few minutes of feeling sad for yourself isn’t a pity party. It is a salve for injuries, great and small.

Smith is an analytically oriented psychotherapist with 25 years in practice. She is additional the  Founder/Director of Full Living: A Psychotherapy Practice, which specializes in matching clients with seasoned clinicians in the Greater Philadelphia Area.

If you are interested in therapy and live in Philadelphia or the Greater Philadelphia Area, please let Full Living: A Psychotherapy Practice match you with a skilled, experienced psychotherapist based on needs and issues as well as personality and style. Request an Appointment Today.

Categories include Couples Corner, For Therapists, Thoughts on Therapy, Children/Parents/Parenting, Anxiety and Depression, The Trump Effect, Creating Change, Analytic takes of Stories on the News, Isms, Video Blogs, and Misc including Zits & Perfectionism

What is Wrong with Me? My Life isn't THAT Bad.

Sometimes we experience our upset as disproportionately large compared to how much we think we should be suffering. This may be in part because we are living with a memory of a time when we were much younger and much smaller with a very big load to carry.

To start, the question shouldn’t be if you need therapy, but if it would benefit you. Few people need therapy, and only in a few circumstances.