Why Are Young Feminists So Angry?

Full Living: A Psychotherapy Practice Blog Why Are Young Feminists So Angry? 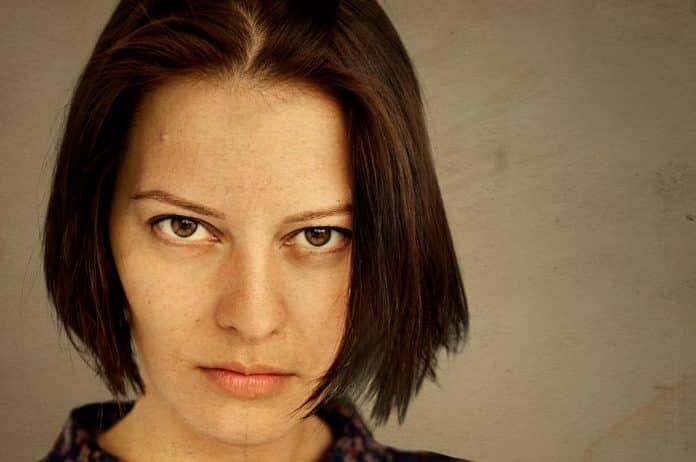 Here is my current contribution to the perennial debate about why some folks hate feminists, the concept of feminism, and consistently see them as “angry feminists”. I am going to “blame” it on angry young feminists. Okay, I don’t really mean I am going to blame it on them, but I am going to speculate on how the period of waking up to sexism affects young women and the people around them.

In my confusion about why there are still so many folks so angry and disparaging of feminism and feminists, who are certain that feminists are over-reactive, dogmatic, and rigidly certain they have it all figured out, I can’t help but think about my clients in their twenties. I often joke with friends that sometimes in therapy sessions I panic and worry that my client is quite disturbed, filled with an arrogant grandiosity and narrow certainty that speaks to a personality disorder, only to remember that the problem is just that they are in their twenties.

Remember your twenties? How much you “knew” back then? How absolutely certain you were about certain things? Okay, now let’s throw in an awakening to your own oppression.

College is a time of great awakening. Perspectives are challenged, beliefs are discovered, and new world views are developed. This is a common time for women to awaken to sexism and feminism. They often begin with skepticism as they encounter new ideas from professors, or campus groups, or peers, and slowly start to ask themselves new questions about issues related to gender.

Once they start to take note of gender oppression, they start to get pissed. This new lens appropriately changes everything they see. Their awakening might start with learned facts, like the lower rate at which women are paid, or how women are under-represented in government or positions of power and influence. But they don’t really start getting upset about it until their lens allows them to notice that their professors call on male students more that their female counterparts, or until they are at a university ceremony and notice that almost every leader on the podium is a (white) man, or when they realize that their co-worker, who is a slacker and got hired the same day as her for the same job, but makes more money.

They have heard the statistics about rape, and may have even been raped themselves, but now, with the lens of gender, they start to hear comments and jokes about rape, hear men say they were “ass raped” when someone was a little rude to them, and their blood starts to boil. They are walking through campus thinking about it and someone says “smile beautiful, it couldn’t be that bad,” and she suddenly starts to see expectations placed on women that allow comments that would never be directed towards a man and starts to see the continuum on which rape exists. And then someone on campus gets raped, and she starts to hear her classmates, male and female, question if the girl was really raped, suggest she might have “asked for it,” express sorrow for the accused rapist, and suddenly feel flooded and overwhelmed with confusion about what it means to be a woman.

My memory of my twenties, and the paths I have watched other young feminists walk down, is one of anger over issues of gender for a good two years. I often said back then that I wished I had a pamphlet explaining gender bias that I could give to every person who cat-called me, who told me to smile, or who otherwise patronized me in a way that felt gender specific. When my dad referred to my own rape as an isolated incident as opposed to an extreme on a continuum of dominance over women, I lost it. Truth is I know now that if I could have kept calm and laid out a theory, I likely could have gotten him on board with a shared understanding of rape. But I was in my twenties. So all I could do is rage, and cry, and accuse, and assume that my beliefs, which I had developed slowly over time, were so obvious, that anyone who didn’t agree was surely an enemy.

People in their twenties are very dogmatic about their beliefs. It is developmentally appropriate. That is how they do the hard work of separation/individuation from their parents. This is how they distinguish between what they have been taught and what they now believe. The path includes extremes, in rejecting parental values and teachings, and dressing themselves in certainty about their new beliefs. This doesn’t mean we should diminish or mock them, but that we should understand what is happening in their growing selves.

So back to why so many people, male and female, grow up hating all things feminist. They were in their twenties too once, trying to develop their own beliefs and identities. They were doing the hard work of pushing some childhood opinions and values to the side, and valuing new qualities and understandings of themselves and the world. Part of why young people engage in so much “drama,” is because they are hammering out their identities with each other. The work includes rejecting beliefs inconsistent with their new sense of things.

What I am suggesting is that many young men and women see feminism, as delivered by fellow angry young feminists, as inconsistent with their developing identities. Young women who are exploring the power and pleasure of things like their beauty, sexuality, or heterosexual relationship skills, might find feminist perspectives to be distracting to their identity pursuits. This isn’t the age for being open to concepts that muddy your own beliefs, so they must be rejected in full. Aggressively. To keep them at bay.

Young men, who are doing the hard work of building self-identity, would hardly welcome a lens that colored them in a negative light. But again, young folks are unlikely to play with contrasting ideas in their mind, but are inclined to reject those beliefs in totem.

I am somewhat new to the blogging world, and was shocked by how hostile and irrational comments were to a feminist blog I read False Fear of Feminism (FFF Syndrome). I wrote this post to sort out for myself, at least in part, why people can be so adamant and hostile about rejecting feminism and feminists. Like many groups (blacks, immigrants, Jews, poor people, foreigners) feminists will always be blamed by angry/hurting people looking to blame someone for their suffering, as opposed to understanding the context of their suffering. But for folks who rejected feminism when they were young, it is time to let your guard down, and understand that it is your ideas that are being challenged, attacked, questioned, not you. And once we get out of our twenties, it is safe, even imperative, to be open to new ideas.