#ColinKaepernick, #Beyoncé, #Chappelle and the Protest of #BlackLivesMatter 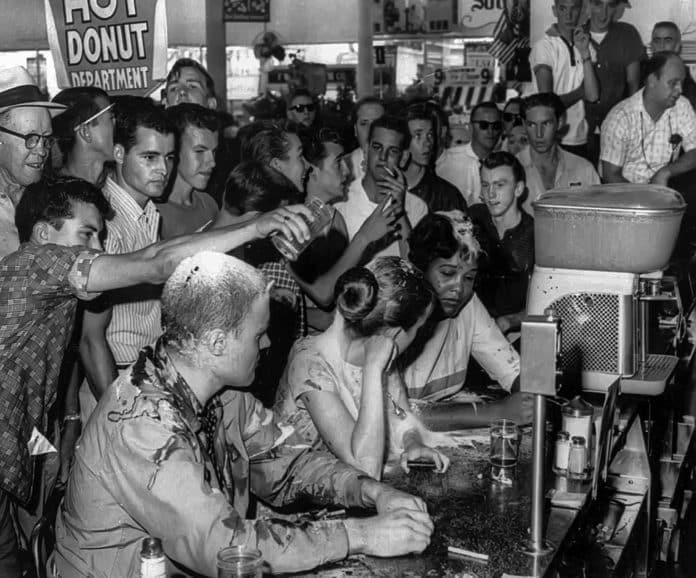 As during most weeks of this past year, social media has been rife with commentary related to issues of race, justice and protest. Many folks reacted with rage at the form some of the protest took, in particular Colin Kaepernick’s decision to remain seated during the National Anthem. Beyoncé engaged in an elaborate statement of protest, and while there has been some negative commentary, her global popularity, and artistic complexity of expression, made her an unlikely target for concentrated rage, though surely, she lost some fans.

Some of the negative critique of these two protests came from Black Americans, as has frequently been true through these many months where different groups and individuals have attempted to highlight current issues of race and justice. This week Dave Chappelle used his platform to critique and entire umbrella of protest, taking aim at a movement’s name/slogan ‘Black Lives Matter’ with accusations similar to many who are dismissive of the concept of racial injustice itself.

Defiance is the touch point of change. There is nothing more frightening for a psychotherapist to hear during an intake than when someone describes themselves as having had “a happy childhood”. Not because we begrudge a good life, but because that blanket statement implies an absence of conflict or struggle. While it is not the only source of growth and learning, pushing up against the boundaries of “the other”, in the form of the parent(s), the family, the family norms, society, societal norms, is how we come to know ourselves, our communities, our families and our cultures. It is how we come to differentiate ourselves from those around us.

Let’s look at defiance for a second in an extreme opposite; cults. The ways cults work is to remove difference. Members of a cults are asked to wear the same clothes, maintain the same dietary restrictions and eat at the same times, limit or eliminate contact with those outside the cult who might challenge their way of thinking. In some cults members are given new names, names that unite and identify them with the group. This amelioration of difference is the setting in which critical thinking is destroyed. Members are asked to not think for themselves, to be wedded to group thought instead, and are accused of “making waves”, of “stirring the pot”, of “not being a team player”, if they want to engage in thoughtful analysis of a group norm, or simply have a different opinion than the group.

Some readers will remember times they were part of groups, be it their family of origin, a sorority or fraternity, or social group, where accusations of “making waves”, “stirring the pot”, or “not being a team player” kept them from speaking up, or better said “kept them in line”.

When a family comes into treatment with a kid who is in extreme crises, with anorexia, or self-mutilation, or Obsessive Compulsive Disorder, and starts by saying “they were always such a good kid”, we need look no further. It is the “goodness”, that devoted obedience, that is the problem. We are not meant to follow blindly, to obey diligently.

I was working with a client recently who was discussing her distress over her three-year-old son’s willful disobedience. While certainly as parents we have to begin the work of teaching our children to listen to us, the only thing that can make a three-year-old an obedient child is if we completely crush their spirit. Whether through extreme poverty, living in a war zone, or intensive physical/sexual/verbal/mental abuse, only devastated hopelessness and resulting loss of will can make a three-year-old obedient. Where there is a will, there is defiance.

Protest is inherently defiant. From the toddler gleefully shouting “no”, to the teenager slamming the door as they exit the house in a rage, it is meant to provoke. The most “peaceful” non-violent forms of protest are only relevant and useful if they draw sufficient attention to the issue at hand. The protester has traded in the invisibility of their issue for a chaotic and volatile response. In the rage-full reactions to their protest, they open a dialogue against a norm, or status-quo with which they disagree.

Nowadays, when that protest is initiated by a public figure, the dialogue frequently unfolds over social media. That has certainly been the case with commentary on both Beyoncé and Colin Kaepernick’s actions/performances/protests this week. There have been countless articles from outrage to support, but along the way, providing us with nuanced points of contention and elaboration. Those with curious minds have had opportunities to have assumptions challenged, understandings broadened, and new insights revealed. This is how minds develop, how communal norms evolve, how societies advance; through communal dialogue, made easier now by social media and televised news outlets.

As much as I get enraged by much of the current debate, it is not debate itself that is troubling me. While I was initially angry that Dave Chappelle took aim at the Black Lives Matter slogan (he didn’t take aim at the movement itself), in the end, protest, and the many forms it takes, and the many points it attempts to highlight, is in my book, a useful, necessarily vehicle for individual and societal growth.

But here is where I get worried. There is one aspect of this debate I feel should no longer questioned. While we can disagree with forms of protest, or offered solutions, it is long past time we all get on board that there is a problem.

Black Americans are treated as second class citizens in this country. None of the exceptions change this fact:

Black Americans are treated as second class citizens in this country. There are tons of statistics that prove it, incidences that reveal it, and examples as evidence. But the most salient proof that Black Americans are systematically discriminated against is their own testimony.

You would be hard pressed to find a Black American that would say they are not discriminated against. I am not talking about first or second generations Black Americans. Certainly if you live in America as a Black person, but you or your parents came here from some other country where they living is much more difficult, you might well love the opportunities available to you in this country compared to your country of origin. But that is not the right comparison group. The correct comparison is between Black and White Americans. You would be hard pressed to find Black Americans who would argue that they are treated equally.

So then here is the issue. If almost every single Black American says they are treated like a second class citizen, then it is true. The only other alternative truth is that ALL Black Americans are whiny little victims, who are always angry and “playing the race card”. Not SOME Black Americans mind you, but ALL of them.

If you think ALL Black Americans are whiny, angry victims, then it is true what people have been telling you; you are racist.

The reason I am laying it out in this way isn’t to berate the racist; it is to wake you/them up. Most of us agree that it would be bad to be considered a racist, and so would defend against seeing that in ourselves. We would have excuses and exceptions and explanations for why we might sound racist but aren’t. But truth be told, being a racist isn’t a death sentence. Realizing you are a racist would be very difficult, humiliating, humbling, but it is changeable. There are many things that set us up to lean towards racism, but there are also many paths out.

As a clinician, I have been struggling through this election process with what my field is doing or could be doing to help with what looks like a lot of White Americans who are filled with fear and rage. I am not talking about Republicans. The Republican party has had a long history, with much they can be proud of, and hopefully will have a future where they can re-define themselves. But I am talking about Trump supporters. I am frightened like many of us by the large number of people who came out in support of a man who is clearly full of hatred for anyone different from him. I am frightened by the number of people who seem so afraid of the changing American landscape that includes more Black and Brown faces than White.

So, if you are a racist, or you are in conversations with people who don’t know they are racists, I hope this helps them identify themselves. If you are realizing you are racist, or helping someone to realize they are, be compassionate. Racism is built on a bed of fear of difference, and hatred of disowned parts of self. It is painful work realizing you are racist. Many decent, good people are filled with much more racism than they are willing to see in themselves. Many folks thought all was good enough in the American world and are angry that race need be a topic of conversation.

But hear this: Black people in America have never been under the delusion that issues of race are behind us as a nation, and it is them that would know. And if you think they are ALL wrong, then it is time to courageously face the hatred, distrust, and discriminatory stance you have against Black people.

Smith is an analytically oriented psychotherapist with 25 years in practice. She is additionally the  Founder/Director of Full Living: A Psychotherapy Practice, which specializes in matching clients with seasoned clinicians in the Greater Philadelphia Area.

If you are interested in therapy and live in Philadelphia or the Greater Philadelphia Area, please let Full Living: A Psychotherapy Practice match you with a skilled, experienced psychotherapist based on needs and issues as well as personality and style. Request an Appointment Today.

Categories include Couples Corner, For Therapists, Thoughts on Therapy, Children/Parents/Parenting, Anxiety and Depression, The Trump Effect, Creating Change, Analytic takes of Stories on the News, Isms, Video Blogs, and Misc including Zits & Perfectionism

What is Wrong with Me? My Life isn't THAT Bad.

Sometimes we experience our upset as disproportionately large compared to how much we think we should be suffering. This may be in part because we are living with a memory of a time when we were much younger and much smaller with a very big load to carry.

To start, the question shouldn’t be if you need therapy, but if it would benefit you. Few people need therapy, and only in a few circumstances.