Defending #LenaDunham, Kind Of: Being Messed Up

Full Living: A Psychotherapy Practice Blog Defending #LenaDunham, Kind Of: Being Messed Up 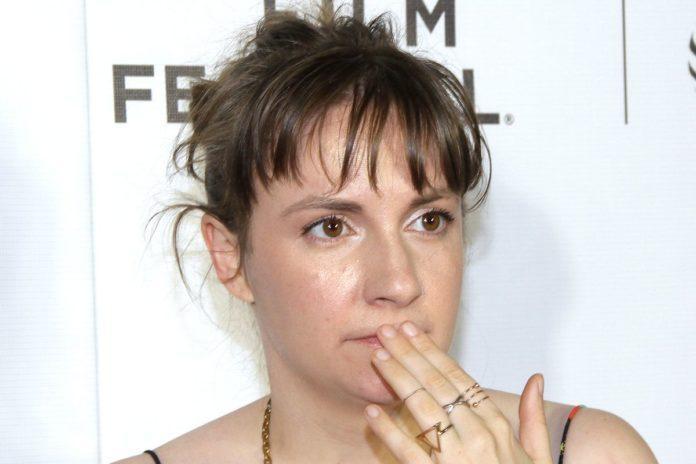 Lena Dunham didn’t get it just a little wrong. She got it massively wrong. She did a truly horrible thing. She protected a man accused of sexual harassment because she didn’t want to believe he did it. Even worse, she implied she had confidential information on her side, which made her voice hold authority that she did not actually have. Last week, in a public apology to the accuser, she admitted to lying. And like most of men who have made public apologies for wrong doings related to sexual abuse, rape and harassment, she surrounded her apology with stories of her own personal woe.

It was pretty messed up. Just behaved just about as messed up as she has portrayed herself to be in her semi-autobiographical show Girls.

Lena Dunham came on the scene ridiculously young, brilliantly creative, shockingly introspective about the contents of her belly-button and the relationships with her most intimate others. She has only ever portrayed her alter ego Hannah as a complex, messed up gal, full of conflictual relationships with everyone around her, obsessionally self-focused, with a very damaged self, who was also full of brilliant insight and self awareness. Her portrayal of her semi-autobiographical character was hardly self aggrandizing. She portrayed herself a disaster who routinely made massive mistakes and hurt the people around her.

One of the true blessings of working as a psychotherapist is that I get to see people stripped of so many of the layers of disguise we use to hide our injuries and deficits. Even in therapy, in the beginning months, clients fear revealing their whole selves, and their whole truths. They know something about themselves that they think is unique and shameful. They are messed up.

The thing is, the therapist already knows that. Not because of brilliant assessment skills, but because it is true of all of us. What distinguishes us from each other is the nature of our injuries and deficients, strengths and competencies. Therapy isn’t a place to find out if we are messed up. It is a place we figure out the ways we are messed up, how that came to be, how we feel about it and how we respond to it, and how to repair what we can.

We can’t be perfect, and not-perfect doesn’t mean little blemishes here and there. It means being seriously compromised in certain arenas of our lives. Therapy is a great place to find out about our disturbances. What makes therapy a safe place inst that therapists give clients a free pass, telling the client all is fine and they don’t need to worry about any of their truths, or ways they have hurt people. It is that we offer clients a place where there is context; where how one came to do such a thing, or feel such a thing, or be such a way, matters. Clients are met with understanding. They are met with compassion for how they came to this place, with these internal truths. And they are offered a way out, a means of repair.

Lena Dunham is Messed Up

Lena Dunham is as disturbed as her Girls character Hannah. Her autobiography lays out just how disturbed she was and just how early she was behaving out of a very compromised self. What if Lena Dunham’s actual parents were as wonderfully complex as those on the show, capable of raising a brilliant, complicated and seriously disturbed daughter? What if she came into the world with some constitutional psychological and emotional deficients and burdens? Her life screams a story of a very traumatized precocious little girl.

But being messed up isn’t the only thing she is. She is a very mixed bag. She is brilliant, insightful creative, funny, audacious, provocative, besides being disturbed and toxic, impulsive, and uncontained. Part of her painful charm is that she isn’t polished and doesn’t have it all together, but also doesn’t pretend to. She has offered us a view of a disturbingly complex woman with as potent deficits as strengths. She has courageously revealed the ugliest parts of herself, which is paradoxically her strength and beauty.

How Can We Push Ourselves and Others, without Destruction?

It is great and important that we are holding people ruthlessly accountable these days particularly as related issue linked to the MeToo movement and Black Lives Matter. We are pushing the arc towards justice for women and black Americans, by pushing all of us, including those of us on the left. We must continue to do this. But do we need to completely decimate each other?

We just aren’t going to be able to get it all right. None of us. And if we insist people can only get it right, we will only thicken our masks for fear that ugly things about us will be accidentally revealed. Because we are all filled with ugly. We have to find a way to call people out, or call people in, where there is context.  Where we understand that we all struggle and make mistakes. Where it matters that people are working hard to get it right.  Where acknowledging wrong doing doesn’t eliminate the mistake, but it is counted as part of their efforts to grow and change and make repair.

This isn’t the first time Lena Dunham has gotten in hot water. Usually it is in some provocatively offensive effort at humor. Provocation is a risky business.  But it can radically push the envelope. It can help shine light in some of the darkest corners of our beliefs. I have been personally offended by many of her comments over the years and quite shocked at her carelessness. But then I remember that carelessness was one of Hannah’s many issues. Carelessness is part of internal injury, and as a clinician, and as my own damaged self, I have some compassion for injury. Surely I wish it would never hurt anyone, but obviously, that isn’t possible.

Apologies aren’t Enough, But they do Count

Apologies aren’t enough, on public or private stages. But real efforts at repair after an apology means something. Evidence that the person who has done the injury cares about the issue, before and after the apology means something. Issues related to sexual abuse, rape and harassment have been front and center in many of Lena Dunham’s creative offerings and public commentary. This issue matters to her. This is a place she has been significantly damaged. She got it very wrong, in a desperate attempt to protect a friend she simply couldn’t imagine as capable of such depravity.

She then stepped forward to publicly out herself as having gotten it wrong. It was not a letter offered right after or before she was going to be outed as having gotten it wrong. It was an effort to take responsibility for a serious misdeed and to continue to push the conversation forward. Lets give her, and others like her, a bit of leeway, the amount of leeway we need for our own egregious errors in life. In the public world, on our list serves and social media communities, among our colleagues and friends, let us remember that we don’t want people to hide their issues. We need to make some semblance of a safe communal space so it is not only therapists who get to see peoples real selves. We are absolutely obligated to push ourselves and others forward. But unless all signs point in the same negative direction, lets leave space for each other to grow and repair.