Full Living: A Psychotherapy Practice Blog #LiamNeeson’s Comments and #RacistImpulses is all of Us 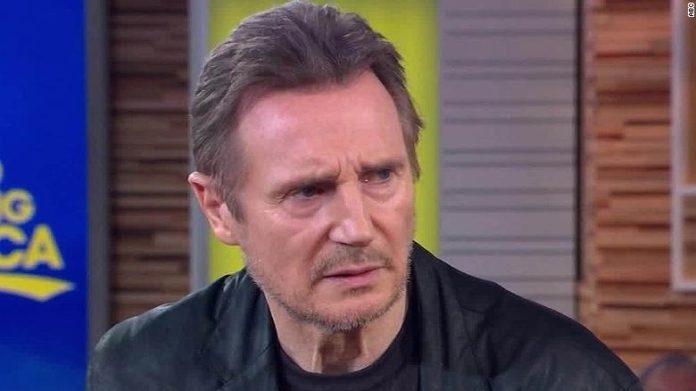 Liam Neeson recently revealed that some 40 years ago, after a friend was raped, he found himself entering predominantly black neighborhoods, seeking out black men, hoping for an altercation in order to channel his rage. In the original interview where he revealed this, he made clear that he understood this was a horrible thing to do, citing the issue of revenge begetting more violence.

He was quickly and appropriately accused of racism, which he vehemently denied on the next day’s news show. He is getting a lot of support and a lot of pushback. He suggested he had hoped to start a national dialogue. Well, he has, and hopefully he will learn from it as well as some of us.

Liam Neeson was understandably upset about a rape of someone he cared about. While searching for way to deal with his “primal urge to lash out”, he asked her “Did she know who it was? No. What color were they? She said it was a black person”. Bingo. He landed on his own pre-existing racism.

He didn’t ask if the person was tall, and then go search the streets for tall men. If she had said the rapist was French, he would not track down French men. But because she identified the rapist as aligned with a group many have pre-existing prejudicial feelings about, Liam focused his anger there. The rapist could have been identified as black, or an immigrant, or muslim, or any disenfranchised group and it would have similarly concentrated and directed his rage.

We Are All Racists

I am not suggesting we should crucify Liam Neeson. I suspect he truly has no idea his comments revealed racist bias. Like many folks, he desperately wants to believe he isn’t racist. But that is the same as people who want to insist advertising has no effect on them, or mainstream mores about gender have no lasting effect on their lives. Racism is taught, repetitively, day in and day out, the entirety of our lives, in systematic and social ways, in bold boisterous and subtle nuanced ways. There is no way to get to adulthood in America without a fair amount of pre-judicial assumptions, beliefs in negative stereotypes, and the incessant quiet whisper of racist perspectives coming from our own unconscious. Even those of us who have worked life times to dismantle and unpack our own thinking, we will routinely bump up against a feeling or knee jerk reaction that shocks us.

Liam did a great job admitting what came up for him. We should all be so brave. Unfortunately he then declared it wasn’t racism. It was. It was hate directed to an entire group of people because of the alleged actions of one. He even said “We all pretend we’re politically correct. Sometimes you scratch the surface and discover this racism and bigotry” not realizing he was talking about himself, as well as all of us. Again, he didn’t track down tall guys.

There Is A Group Primarily Responsible For Rape. Men.

He said that if his friend had said the guy was white, he would go search for white guys. No. That just isn’t true. In large part, because if he wanted to get angry at a white guy, well, he is one.

I am not suggesting Liam Neeson is a rapist. I am suggesting that if he is looking to direct his rage at a relevant group, adult heterosexual men would be the most obvious target of his rage. And while I hardly think blaming an entire group for the actions of one is the right thing to do, I think it is totally appropriate that all of us look closely and regularly at what about men, or how we raise men, or what we expect of men, make men so astronomically more likely to rape people than women. It is pretty rare to hear about a child sex slave ring of women perpetrators.

When someone we know gets raped is a reasonable time to feel enraged at how gender plays out in our society and feel some meaningful hatred of something in the male masculinity stew that is clearly a very dangerous thing in the lives of women, children, trans and non-binary folks, gay men, and in the ives of other heterosexual men.

Isms Are Disowned Parts of Self

Okay, but now back to Liam and hating black men for a while in an active, conscious way. He was trying to displace his own self hatred for being a member of a group that is most likely to rape. We all have parts of ourselves we hate. We all have groups we hate. We use those groups to displace, disown and distance ourselves our own self hatred. Definitely unconsciously, outside the edges of our self-awareness.

Sometime this hate can creep to the surface of our awareness, like it did for Liam Neeson when his friend told him about her rape. I am not suggesting it is ok, or fine, and that we shouldn’t worry about it. But I am suggesting we should expect it, listen out for it, so can can hear that old construction, likely built early in our lives. We are not supposed to bury our racism, so even we don’t remember it is there. We should be listening carefully to our inner impulses, so we can hear the work we have left to do.

Stop Being Defensive; Just Do The Work

Regardless of how it surfaces, my experience is that if we are allowed to talk about it directly, openly, without judgement and shame, that even though it may be uncomfortable, that is the only way to get to the other side. We don’t need to be ashamed that we make assumptions about people based on how we were raised, or the cultural stew we live in. But it is absolutely our job to listen hear our own racism and pre-judgement, own them, and challenge ourselves to think differently.

Besides this being crucial to addressing and limiting isms in our world, this is how we reduce our own self-hatred, reclaim part of our selves that we have projected onto others. It is unclear to me how any man in the world does not feel a tinge of self hatred when he sees the prevalence of sexual violence men perpetrate, just as I routinely feel some of my own shame when I see women using sex and sexuality to get their way in the world.

Liam accidentally revealed to us his racism while trying to admit something about unregulated rage. We pounced on him,as we often do when we see something in others that we hate in ourselves. And he choose to defend and deny instead of to listen and see if there was something missing in his narrative about the incident. Hopefully now, as he notes that he probably wouldn’t have started tracking down tall men, he will understand that he has been subjected to the same racist society will all have, and therefore like all of us, still has work to do.

Smith is and analytically oriented psychotherapist with 25 years in practice. She is additional the  Founder/Director of Full Living: A Psychotherapy Practice, which specializes in matching clients with seasoned clinicians in the Greater Philadelphia Area.