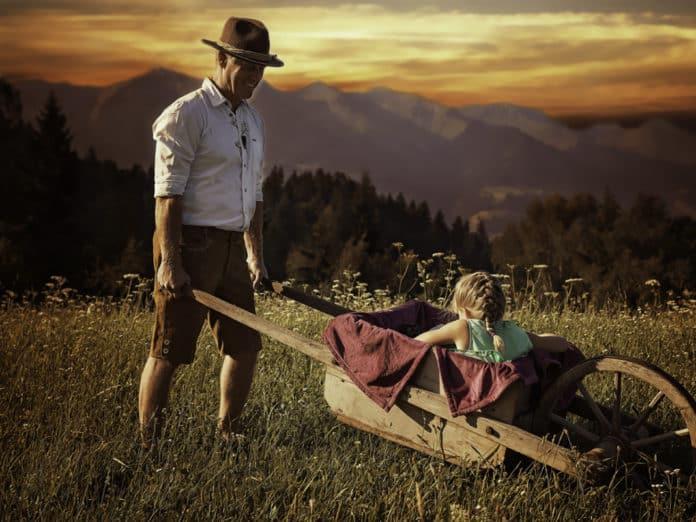 Psychoanalytic theory pays plentiful attention to the role mothers play in early childhood development. The first weeks of life are dominated by the mother-infant relationship, often referred to in the analytic world as the nursing couple*. (To be clear; the nursing couple might be a father and child, and/or might include a bottle instead of a breast. These don’t alter the essence of the theory.) The primary parent in the first few weeks is engaged in what is referred to as the maternal function.

But of course, fathers are equally central, though typically after a handful of months. While mothers (typically) introduce children to the world of relationships, fathers introduce them to the world.

(We are talking about what happens in the typical family, even though in many families, there is only one parent, or parents of the same gender, or parents who play differently gendered roles in their family. In all families however, there are functions we have come to designate as maternal and paternal, and they must be performed for optimal development in a child. They can be performed, however, by differently gendered parents, by the same parent, or by other members of the parents’ community.)

Enticing the Infant into the Larger World

The first weeks of life are somewhat of a blur for the infant. While exiting the womb puts them into contact with the world, the profound level of intimacy involved in the frequent feedings, the demand for close, swaddled contact replicating the cramped quarters of the womb, and the compulsion of most mothers for high intensity nurturing in these first few weeks of life, make the world of most infants primarily limited to the nursing couple.

The good enough mother falls deeply in love with her infant. DW Winnicott calls it a “madness” that over-takes her for a period; one that she must be woken from and wrenched out of. In the deep love of those first few weeks primary caretakers build a symbiotic relationship with their infant that allows for intuitive, non-verbal communication, and a connection that allows the infant to feel psychically held. While crucial to the experience of safety for the infant, and a natural transition from the solitude of the womb, this state of symbiotic connection with the mother will eventually become limiting, claustrophobic, and intrusive. Here is where dad comes in.

Dad serves to invite the nursing couple back into the larger world of human relationships. The secondary parent must entice both mother and infant out of this hazy love-fest. Mom must be reminded that there are other sources of love, connection, and pleasure available to her. The infant must be introduced to these pleasures, which require a withdrawal from the safety of the symbiotic bubble with his primary caretaker. Dads mustn’t try to separate the couple too early or too aggressively, for his own needs, lest the nursing couple protest and hold on tighter to each other. He must rather entice them with the delights of life outside the bubble.

Carry the Scent of the Outside World

The infant, tantalized by desire for adventure, is motivated towards growth and independence so that they too may become an adventurer. The safety and comfort of mothers arms are compelling, compelling enough to make the infant reluctant to leave their shelter. But the scent of adventure is a worthy competitor.

Testing and Pushing the Boundaries

Fathers typically play rougher with their children. Fathers are typically less likely to stop a play activity just because their child seems a little frightened. Fathers will throw their babies into the air with much more gusto than most moms. They will throw them higher and harder and not stop just because the babies’ eyes grow larger. When they get older they will typically let them climb higher trees, and play rougher sports. They will dunk them in the water, wrestle them to the ground, and not necessarily stop at the first signs of protest. They are more likely to teach them how to drive, and encourage exploration of the world as teens.

This is how kids learn to safely test their limits. They find out from their fathers’ responses what feels scary but is safe enough, and what feels scary and shouldn’t be done. They learn variables for assessing the real world level of danger. They learn how to push past feelings of fear based on an assisted assessment of the safety of a situation. Fathers help their children both feel and be safer in the world by helping them push against the boundaries of their bodies and their world.

Happy Belated Father’s Day to all the dads, and dad-like parents, and dad substitutes. Thanks for introducing us to the world!